Skip to main content of
Minister O’Brien in Sligo

His first engagement was at County Hall, where he was welcomed by Cathaoirleach Councillor Michael Clarke and Chief Executive Martin Lydon. 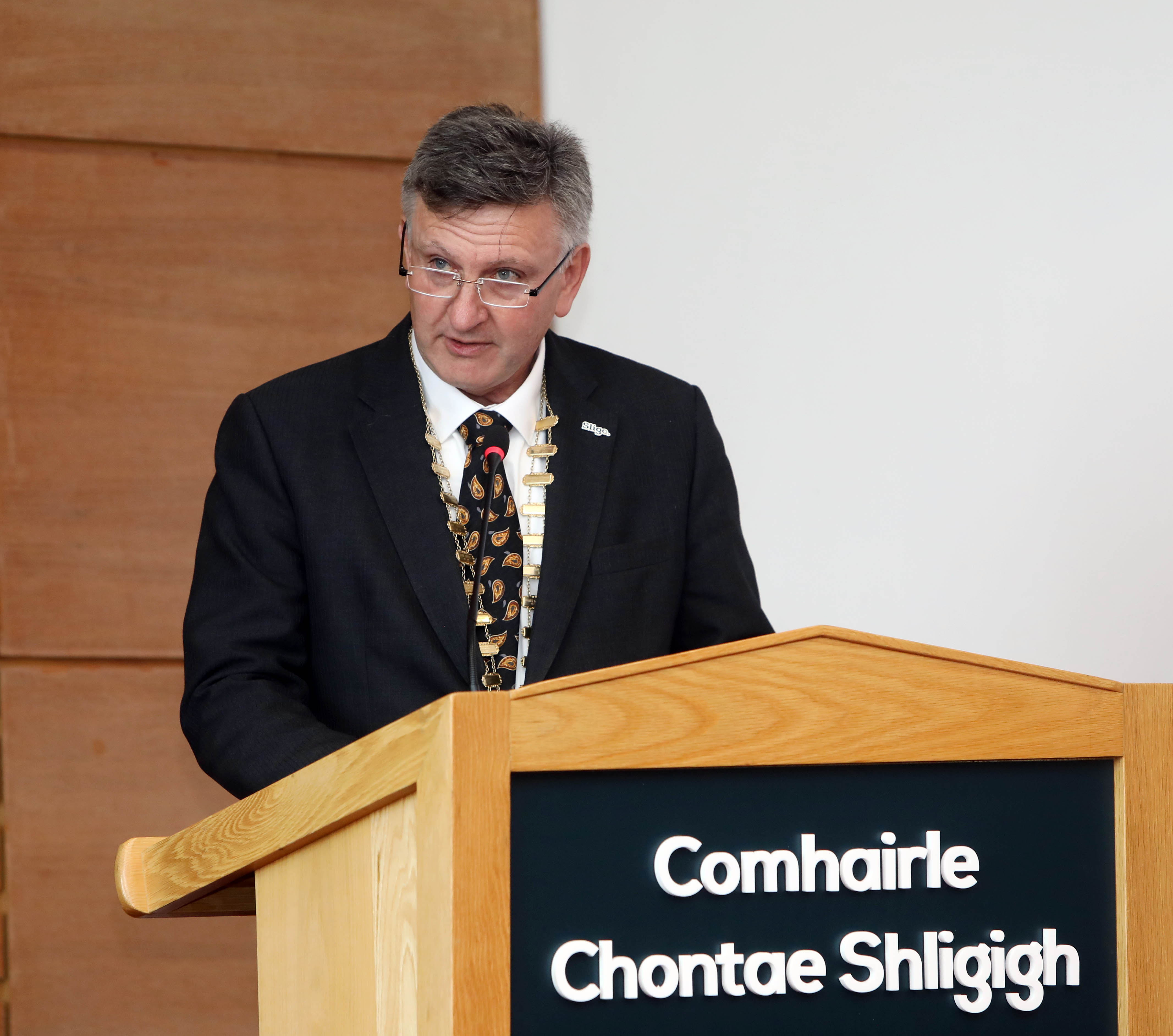 In his address the Cathaoirleach said

‘We look forward to briefing the Minister over the course of the day on the work being planned and delivered on our housing programme across the county.

The provision of housing services is without doubt the most important service delivered by a Local Authority.  While the house building programme is the key element of the service, we have major responsibilities in the roll out of the various grant schemes, these provide a vital support to people in communities all over our county.

The staff delivering our various housing services and supports in Sligo County Council are exemplary, they take great pride in their work, and show great professionalism and compassion in assisting some of the most vulnerable people in our society.’

Dorothy Clarke, Director of Services, briefed Minister O’Brien on exciting proposals for our new cultural quarter and public realm, projects which have the potential to transform Sligo’s public spaces.

‘The core objective of the Plan is to enhance our public spaces, including streets and car-parks, and we are committed to delivering on this ambitious programme in the coming years. 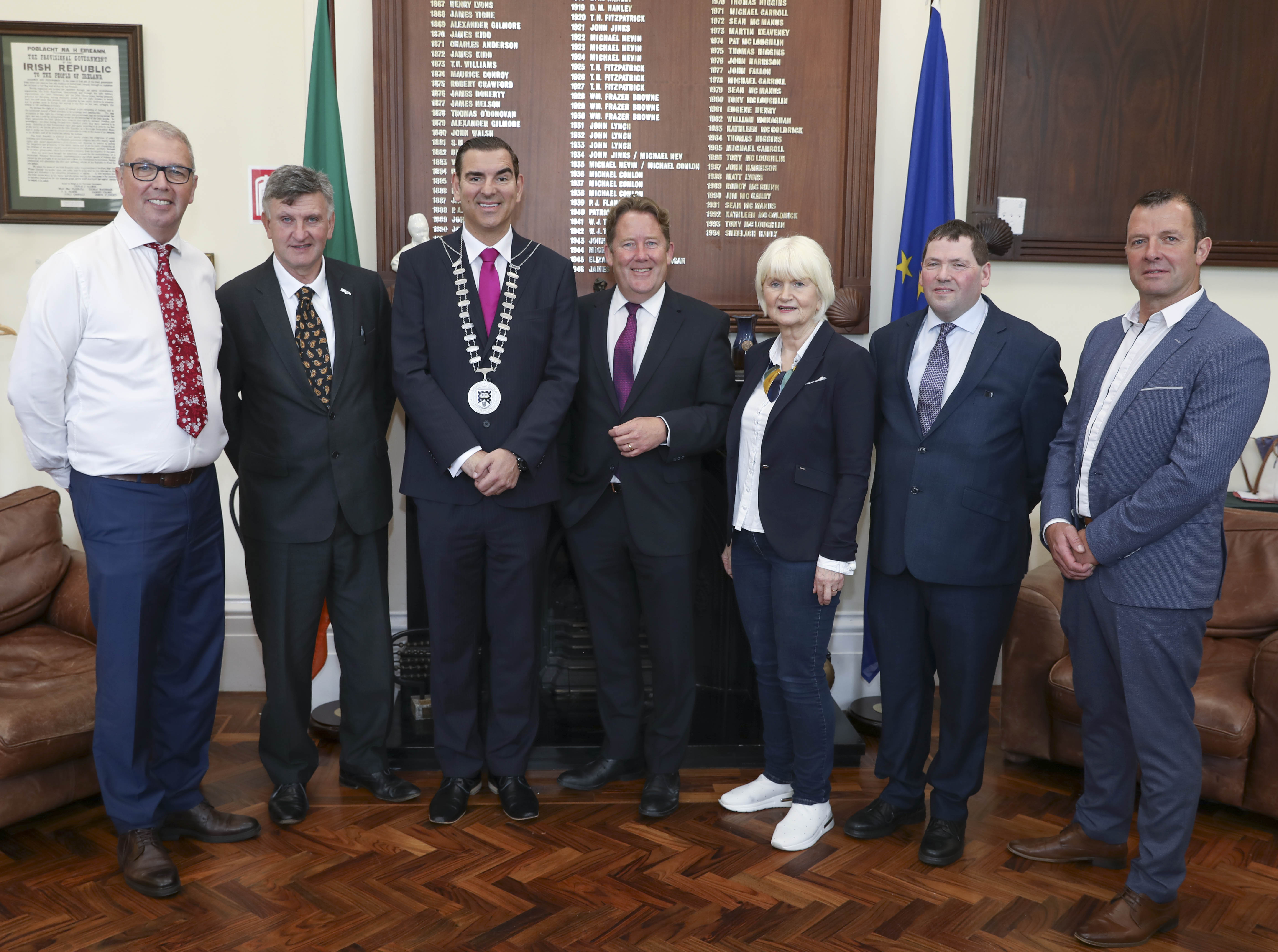 Cathaoirleach Councillor Michael Clarke was joined by Minister O’Brien to officially open Phase 2 of St Farnan’s Drive in Dromore West which provides 10. no dwellings.  St Farnan’s Drive was designed by Sligo County Council Architect’s Department and has been constructed in accordance with the Nearly Zero Energy Building Standard(nZEB).  The main contractor on this project was P. McHugh & Sons Ltd.  The project is part of Sligo County Council’s Capital Housing Programme and was funded by the Department of Housing, Local Government & Heritage. 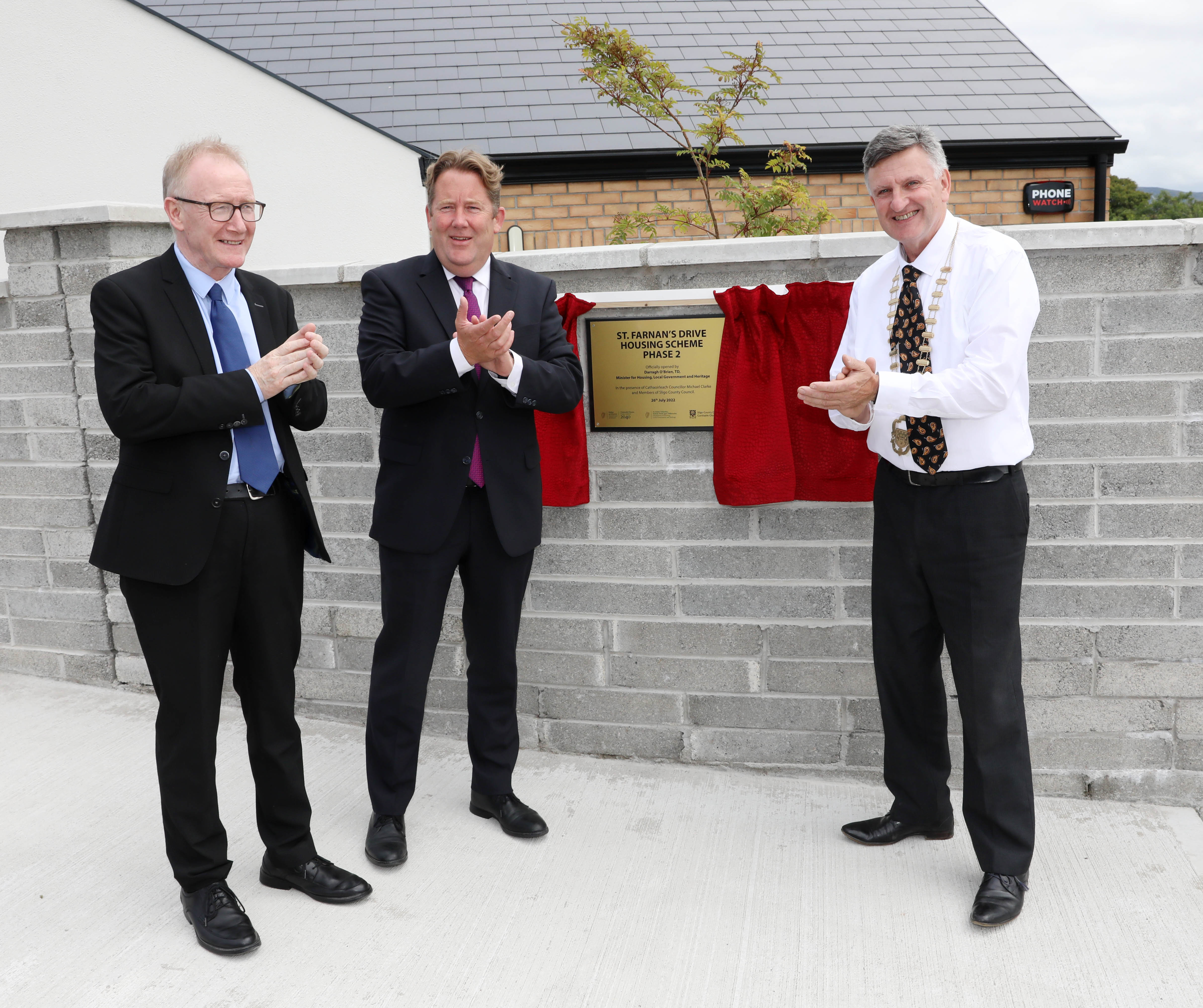 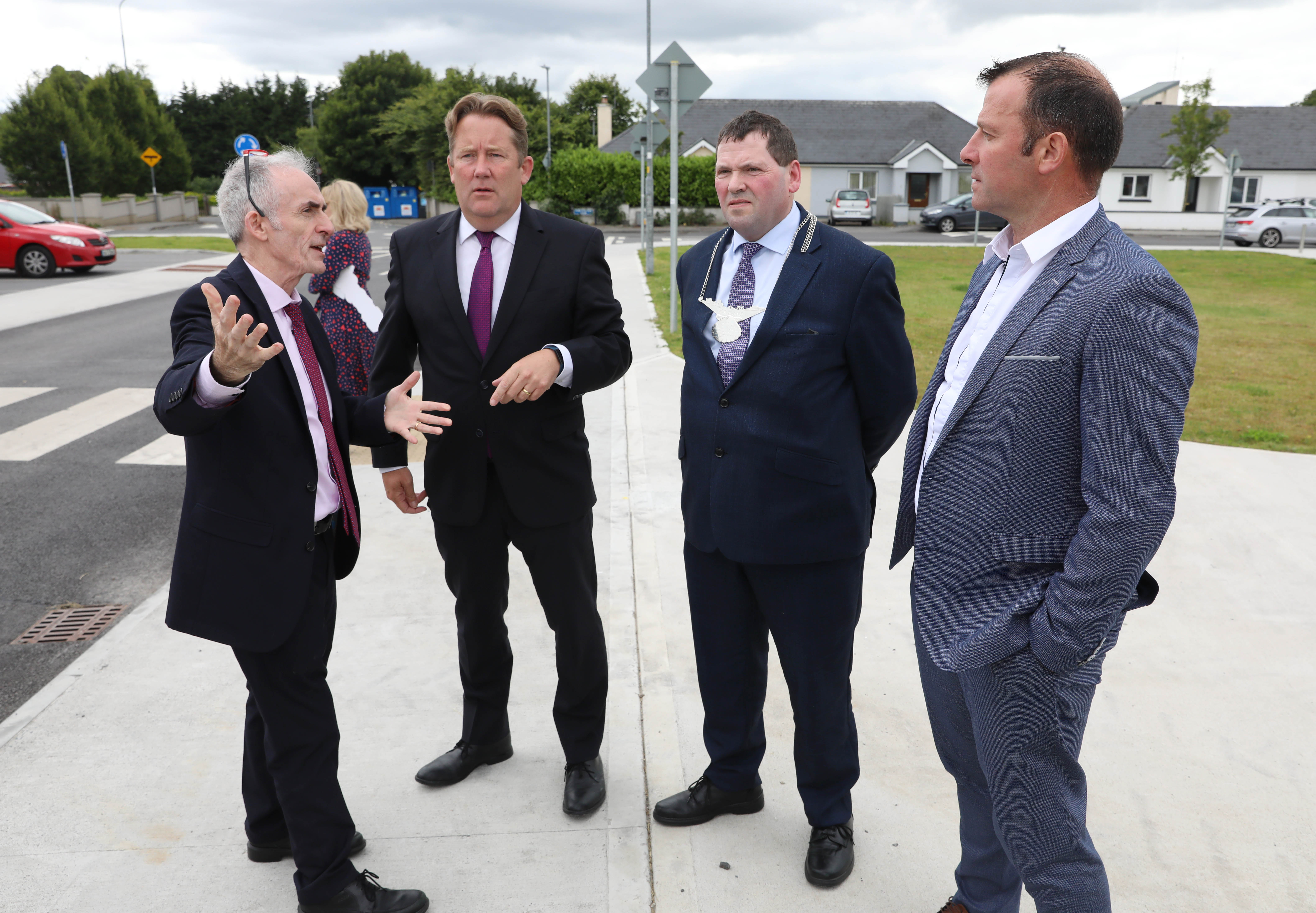 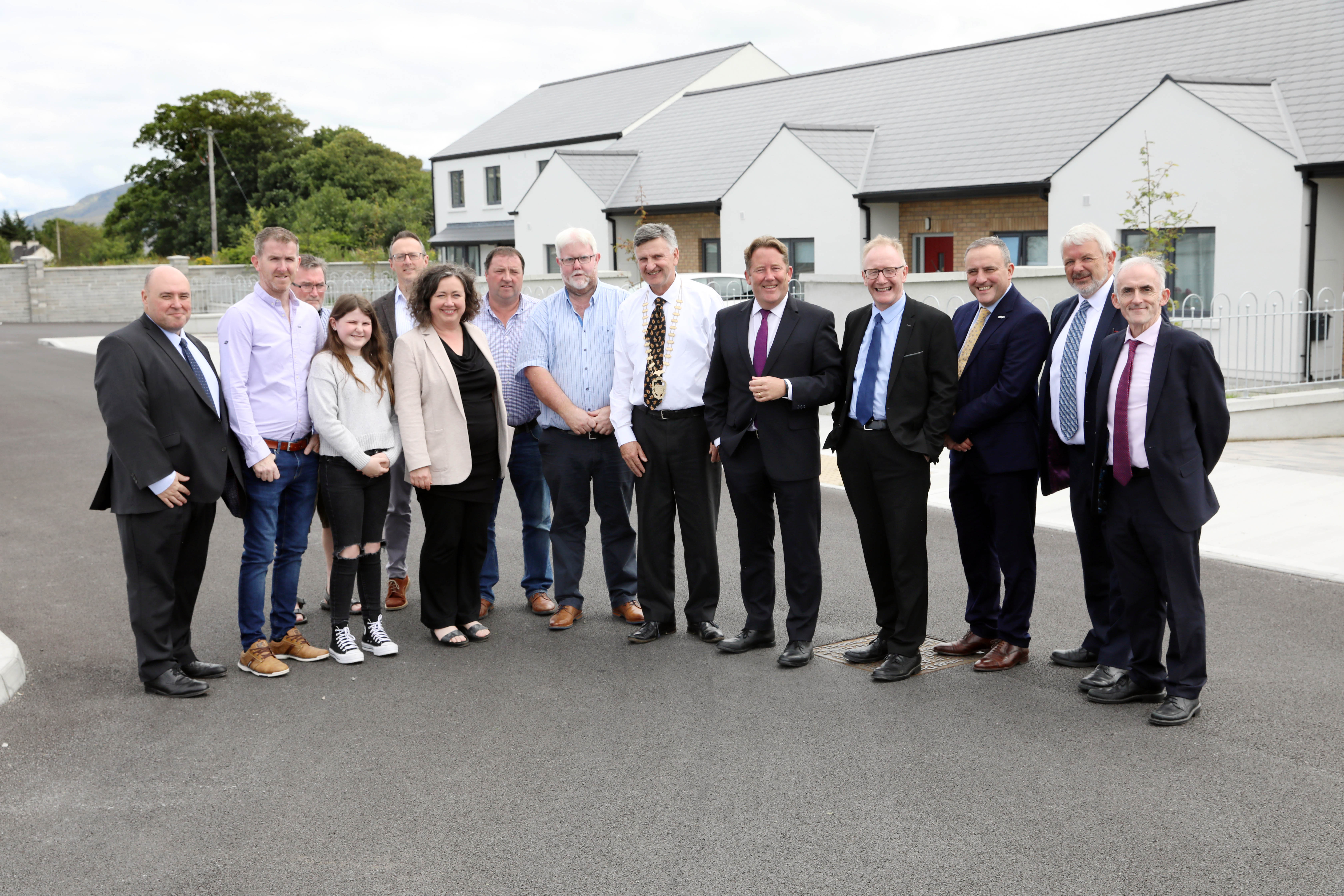 Minister O’Brien visited the site of Phase 2 of Connolly Park which will provide 15 no. units (7 houses and 8 apartments)

The Minister met with local residents at both locations and commended the Housing staff and other members of the project team for the quality of both developments. 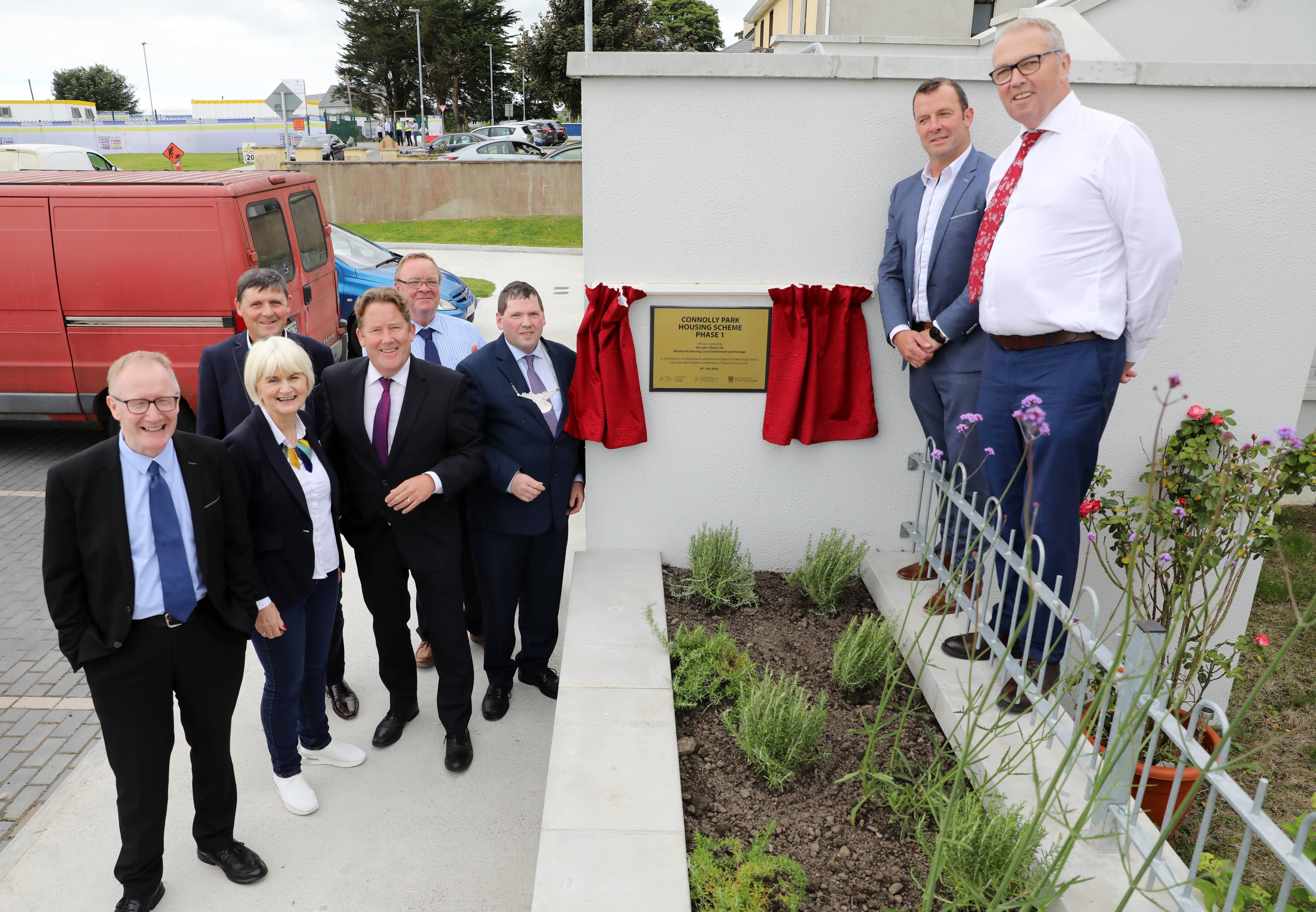 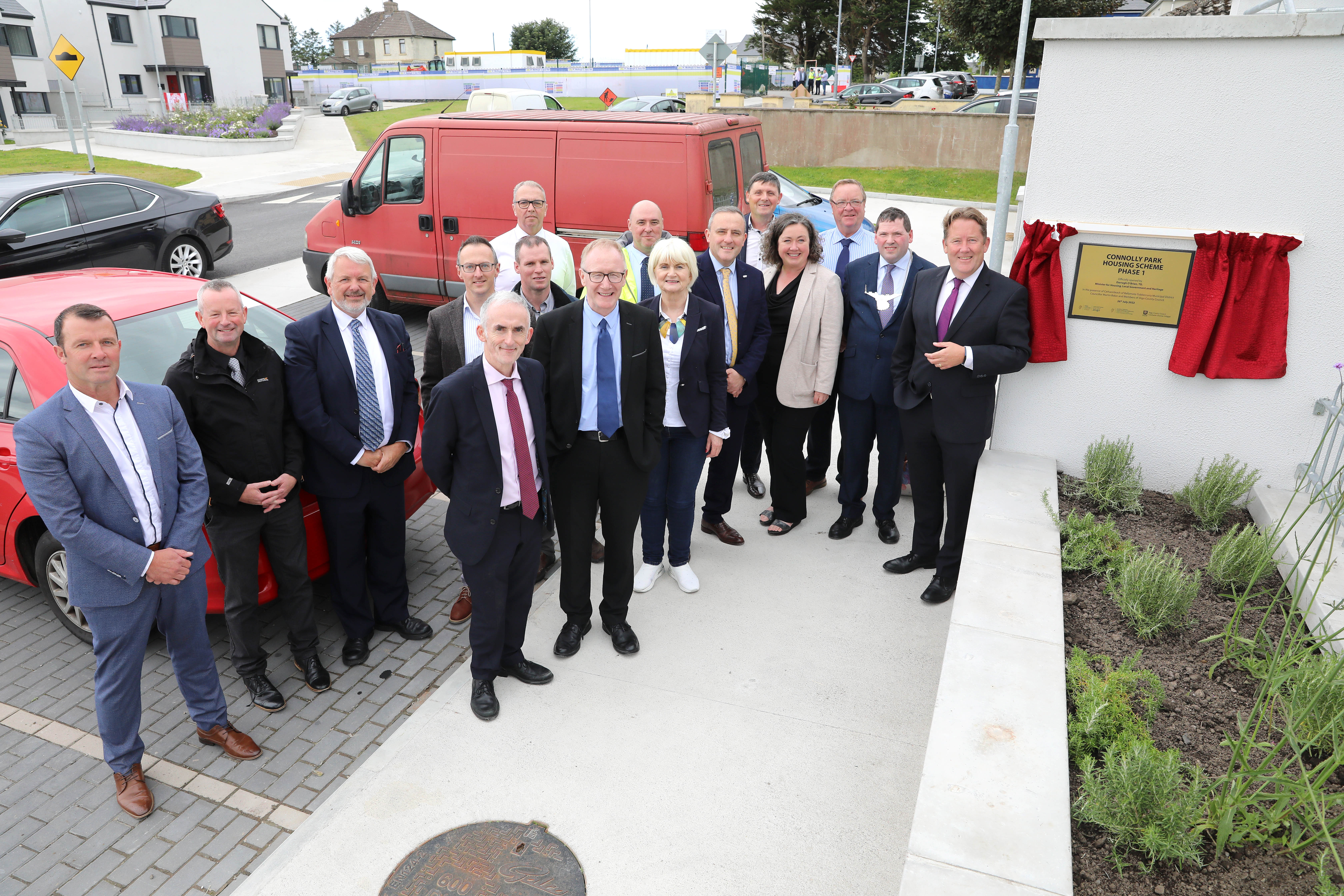 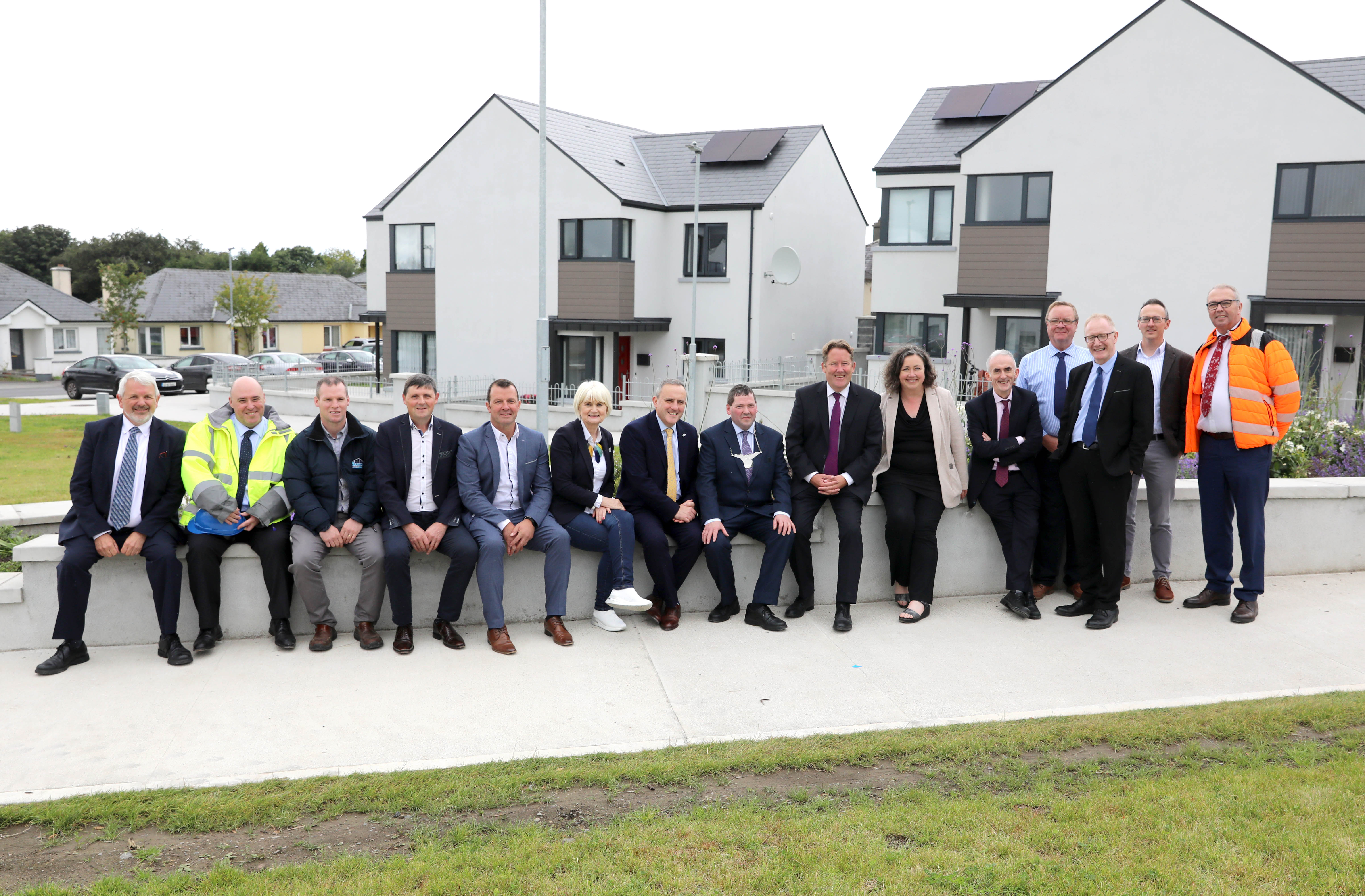 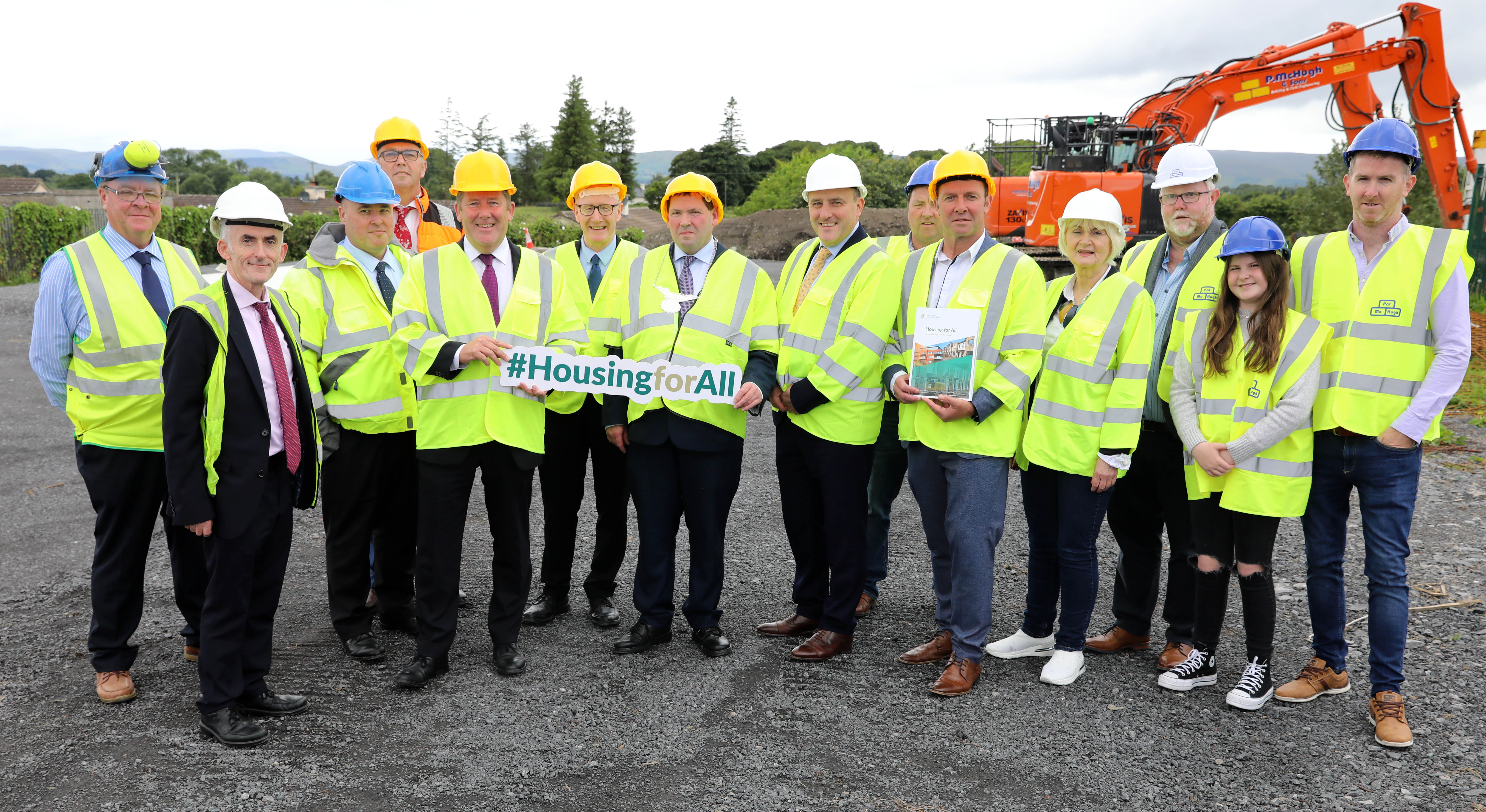 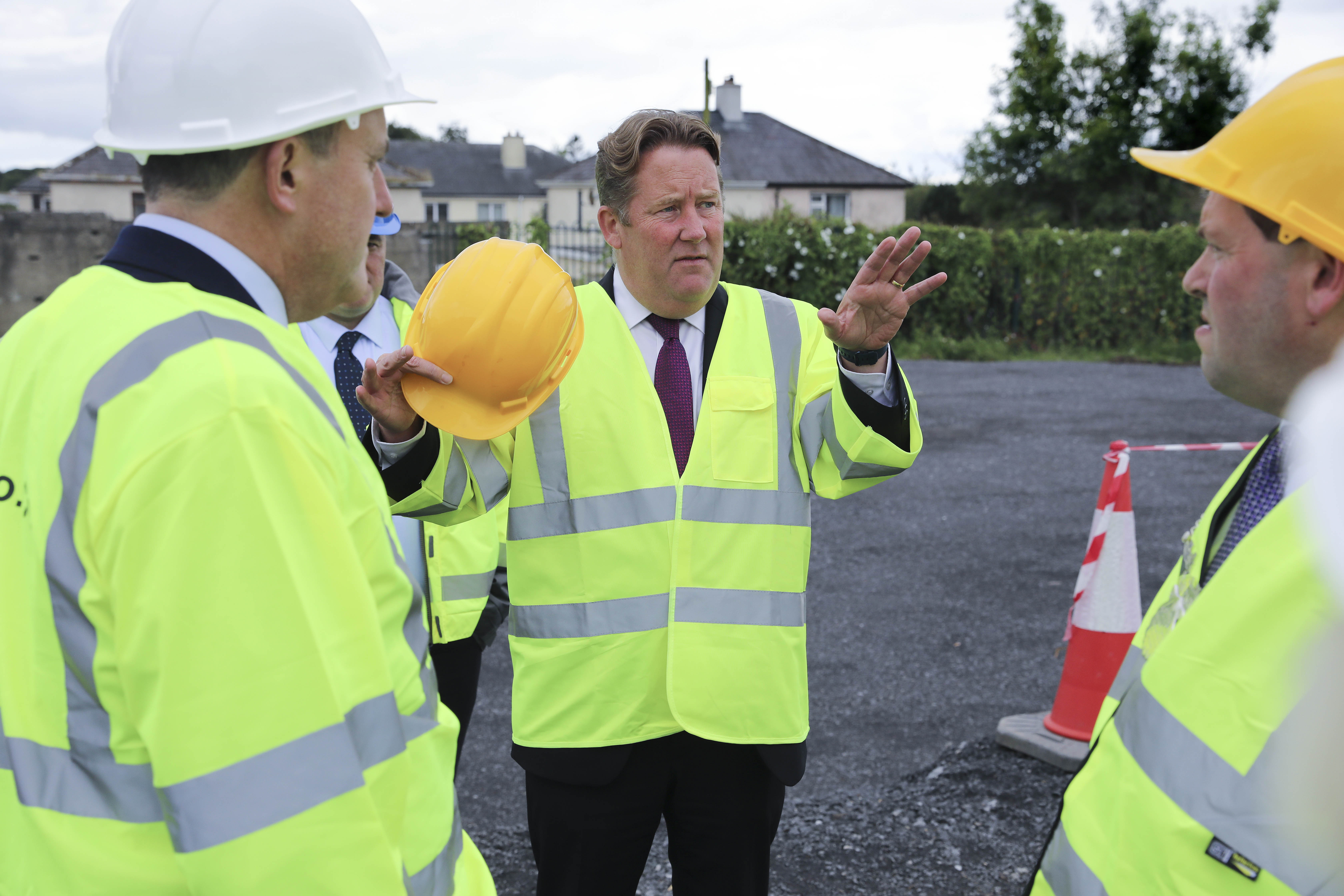