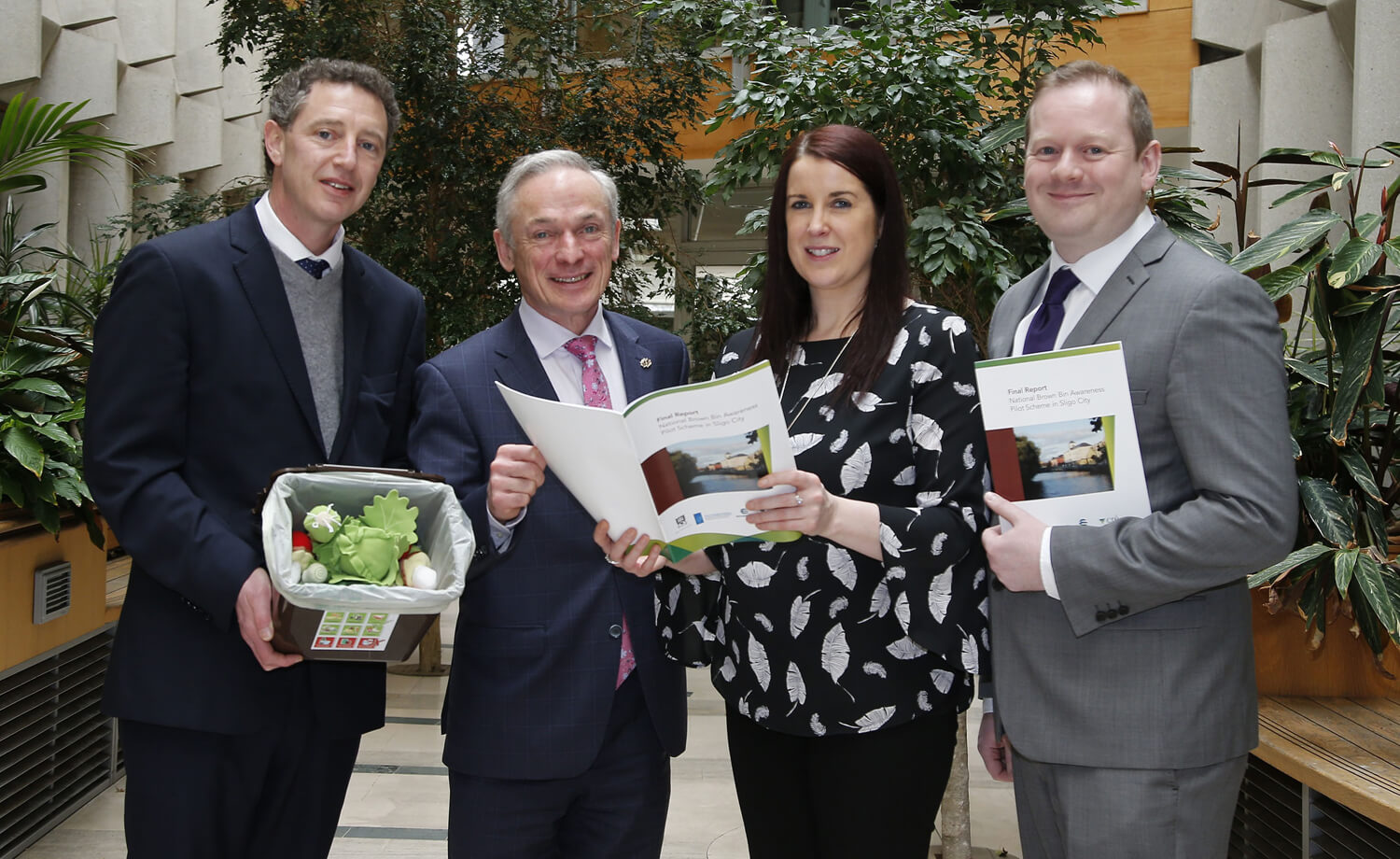 Thanks to a pioneering consumer focused initiative, households in Sligo City are leading the nation in food waste recycling according to a new report launched last Friday by The Minister for Communications, Climate Action and Environment Richard Bruton TD.

By the end of the 12 month initiative, the amount of food being recycled from Sligo households more than doubled and at the same time, the amount of non-compostable material (plastic, metals, glass) found in brown bins was slashed from 18% to 1%.

“The results of this initiative show that if we want to help people properly manage their food waste and indeed cut down on their food waste, we need to be doing more to support people in understanding and using their bins.  This pilot project confirms that there are real gains to be made in using the brown bin correctly and has identified some really practical steps which could be useful for other towns to adopt.

“The results of the project showed that by giving people a kitchen caddy and liners to use in the kitchen makes recycling food waste easier and cleaner for people.  Given the positive outcome of the pilot it should be emulated across the country”

In Ireland, every household in villages with more than 500 people should have and use a brown bin for food waste but to date getting people to use the bins has been a challenge.  By their nature, food scraps are wet and often smelly and not something anyone really wants to think about but when collected separately and recycled back to soil through composting and anaerobic digestion they can bring economic and relevant climate change benefits.

“We welcomed the opportunity to be involved in this pilot, the uptake of using brown bins correctly increased dramatically and we are still seeing the positive effects today.  Provision of ‘door-to-door’ education not only showed positive results for diversion of food waste material from the general waste bin, but it also showed that educating households on correct waste management practice as a whole, allows for better quality recycling and a reduction in disposal of waste to landfill which in turn has a financial gain for the householder”

In many parts of the world, households are given specially designed small kitchen bins and mater- bi compostable liners to makes the recycling of food scraps easy, clean and hygienic and this report has shown it to be the case too.