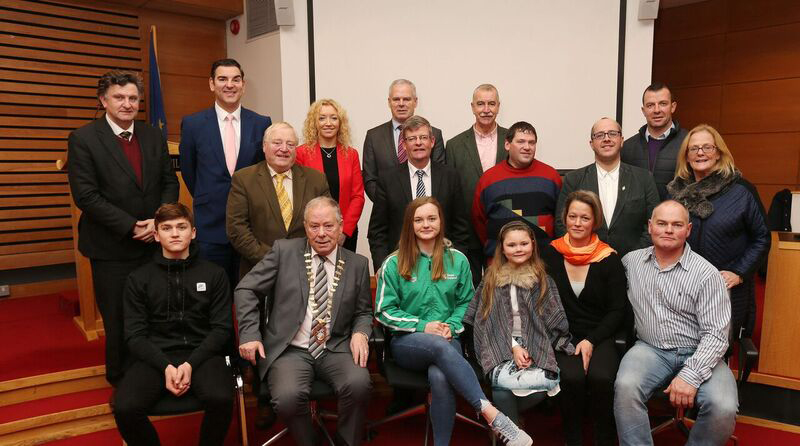 ‘For a county that holds its sporting heroes in special regard, Mona’s achievements in her remarkable career thus far have re-written the history books and marks her as one of the most outstanding athletes our county has produced.  Mona’s successes have attracted plaudits well beyond Ireland’s swimming circles, she has captured the imagination of people all over Ireland who have followed her career, and celebrated her victories, with great enthusiasm. 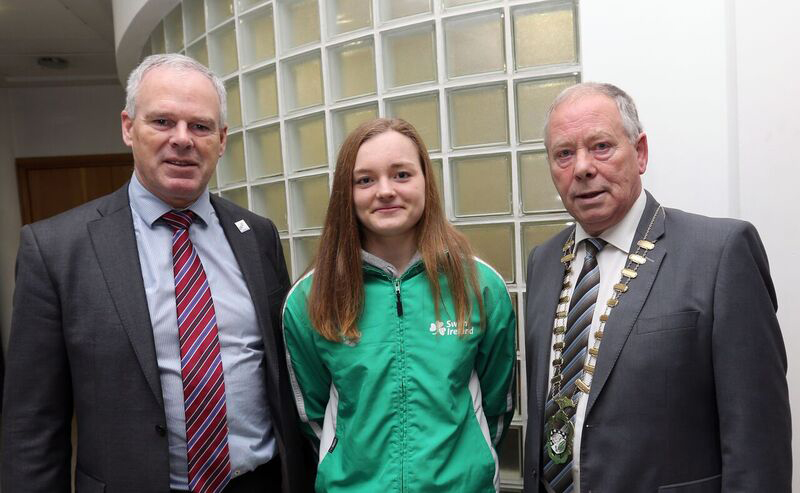 To recite the individual achievements Mona’s Roll of Honour would take all our time this evening, but I must highlight a few special accolades

This is just a brief snapshot of the many career highlights, a career that is still in its infancy, as Mona is destined to fly the flag for Sligo and Ireland for many years to come.

A success of this level does not occur in a vacuum – it requires total dedication and commitment, a relentless schedule of training and preparation, and an overwhelming desire to reach your full potential.

The rigorous training schedule has been the backdrop to Mona’s story, as well as the network of supports from family and coaches – in this context it was heartening to see one of Mona’s coaches Grace Meade being presented with ‘The Performance Coach of the Year’ Award.’ 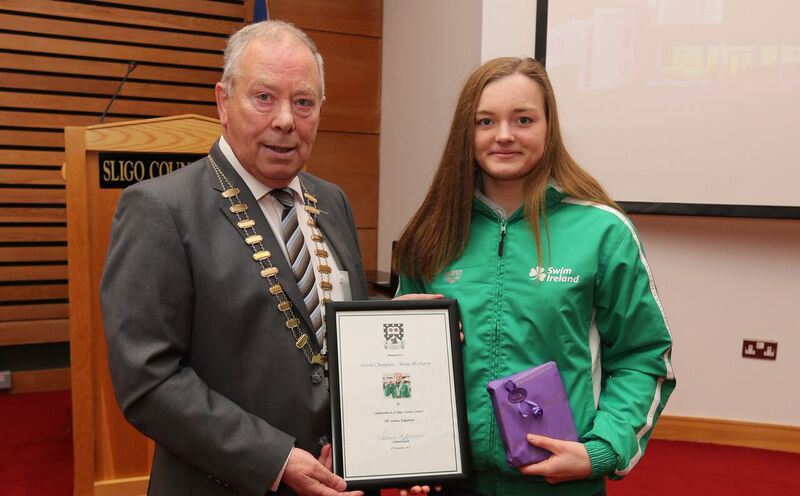 While the coaching and preparation was of the highest quality, the reality is that in any sport or endeavour you do not reach the very top level unless you are enormously gifted.  Mona deserves the goodwill and support of the sporting authorities and the wider community, and the award of the Olympic Solidarity Scholarship is to be welcomed.  One very immediate effect of Mona’s success is that is has served to inspire other young swimmers to follow in her foot-steps, and they could have no finer role model. 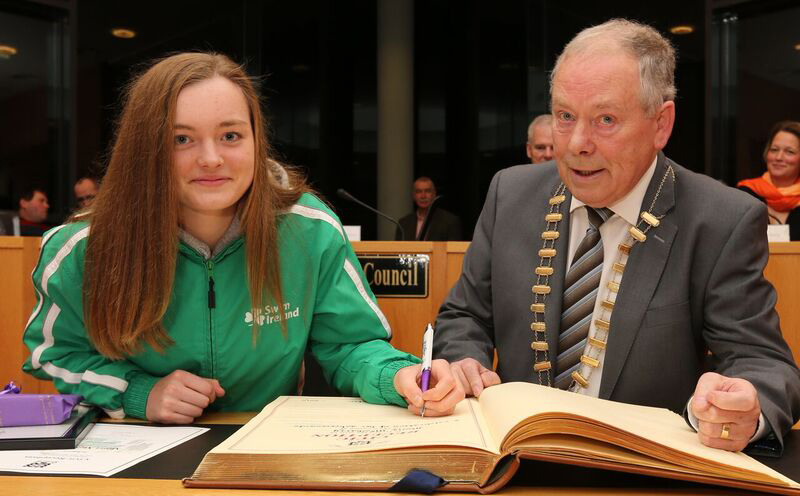 This evening we honour not only Mona the athlete, but Mona the person – through the inevitable fanfare and jubilation that followed her achievements, she has shown a grace, modesty and maturity that speaks volumes for her nature and character.  Through all the recent adulation and celebrations, you retained a firm focus on your own training and competition programme, never wavering from your goals.’

The Cathaoirleach concluded his address by labelling Mona ‘a special person’ deserving of every tribute made in recent months.‘ ‘On behalf of this Council I commend you as a true sporting icon in our community and I wish you continued success in the future.’