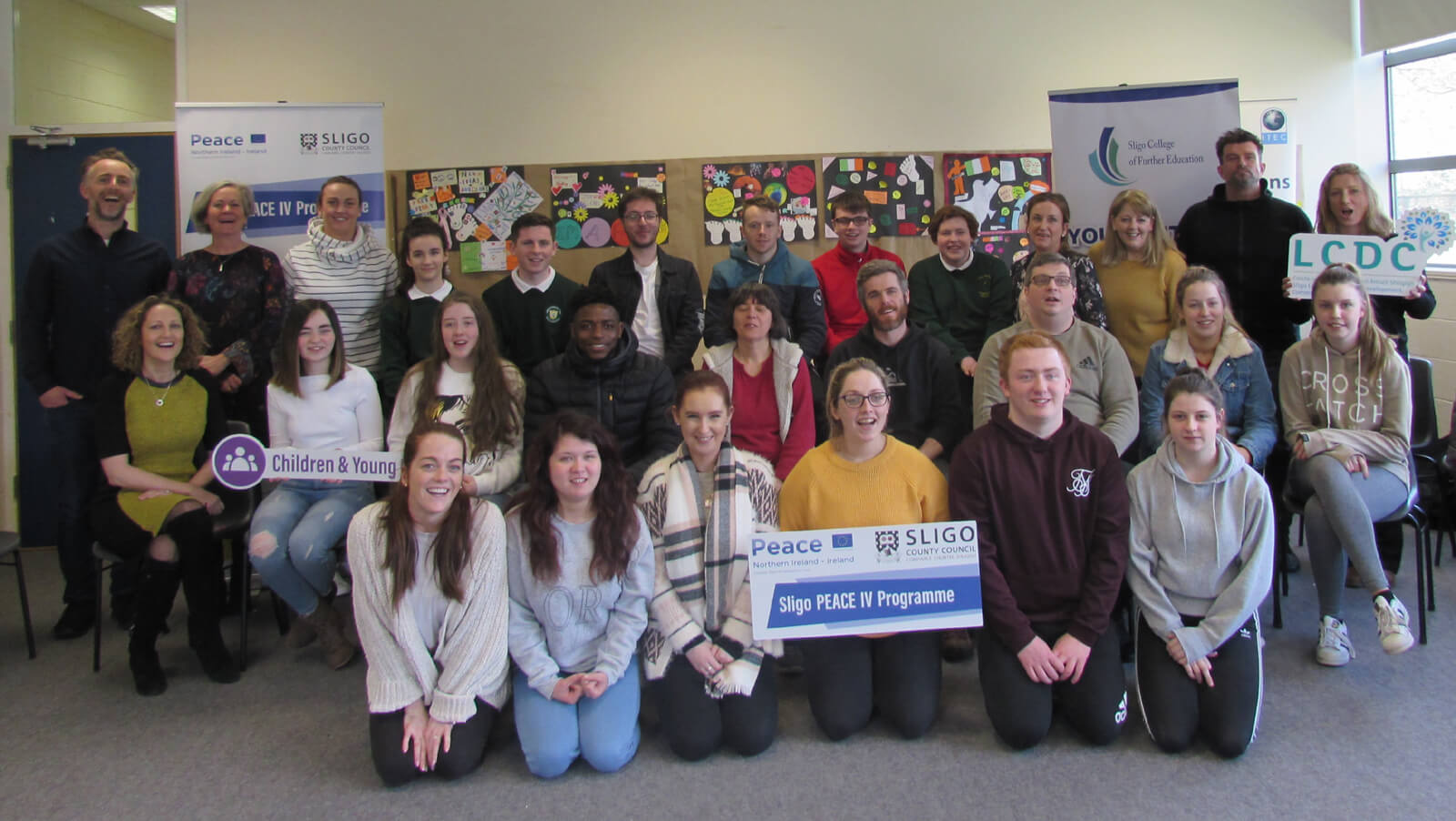 For the last six weeks, students from Sligo College of Further Education have been involved in a PEACE programme - ‘Conflict to Community Activism’.

Through the course students have learned about The Troubles and met people who were involved, from both sides of the political divide.  The project was supported by the European Union’s PEACE IV Programme, managed by the Special EU Programmes Body (SEUPB).

“I believe that this course has been very timely in providing young people with an insight in to the Troubles and the positive dividend of peace on the Island of Ireland.”

This sentiment was echoed by the class tutor, Nicole Mc Gowan

“This course has been of great benefit to the students, they met people they never would have met and it has prepared them well for work in the community and voluntary sector.  Learning how to recognise and deal with conflict and drawing on the lessons from the past will serve them well in their future careers”.

For students there were many highlights to the programme.  Meeting former loyalist paramilitary, Martin Snodden, was a memorable experience for them.  Martin, who describes himself as a ‘peace breaker, a peace maker and a peace builder’ told them about how he got involved in a life of violence and how he ultimately moved beyond that.  Another unique experiences was talking with Councillor Chris Mac Manus, who described how The Troubles impacted on him and his family, and how he has established a leadership role within his own community.

As part of the course the students visited Derry City.  There they visited people from both sides of the political divide, in the Bogside Museum and the Apprentice Boys museum.  High on everybody’s agenda was Brexit, with all expressing concern about the potential outcome.  They also had a very interesting visit to a youth project in The Fountain, an estate that has experienced attacks in recent times.  In a conversation with DUP councillor and youth worker, Graham Warke, they learned more about the tensions in the area and the PEACE work they were doing to build greater community integration.

In addition to exploring political tensions, they also looked at how conflict can exist within our personal lives and learned skills to recognise and manage it.  A high point was listening to Ruairi McKiernan, who engaged the students to explore how they can bring about change in their own lives and in their communities.

The course was really well received by the participants as it allowed them to view the world from a diversity of perspectives:  “It gave me great understanding of how the conflict started”, “the more that conflict is discussed, the better we become at dealing with it,”, “We found out how each of us has a real purpose”.

The course was funded the PEACE IV programme, through Sligo County Council and organised by Claire Galligan, Social Research and Development Consultancy and supported by Sligo College of Further Education.