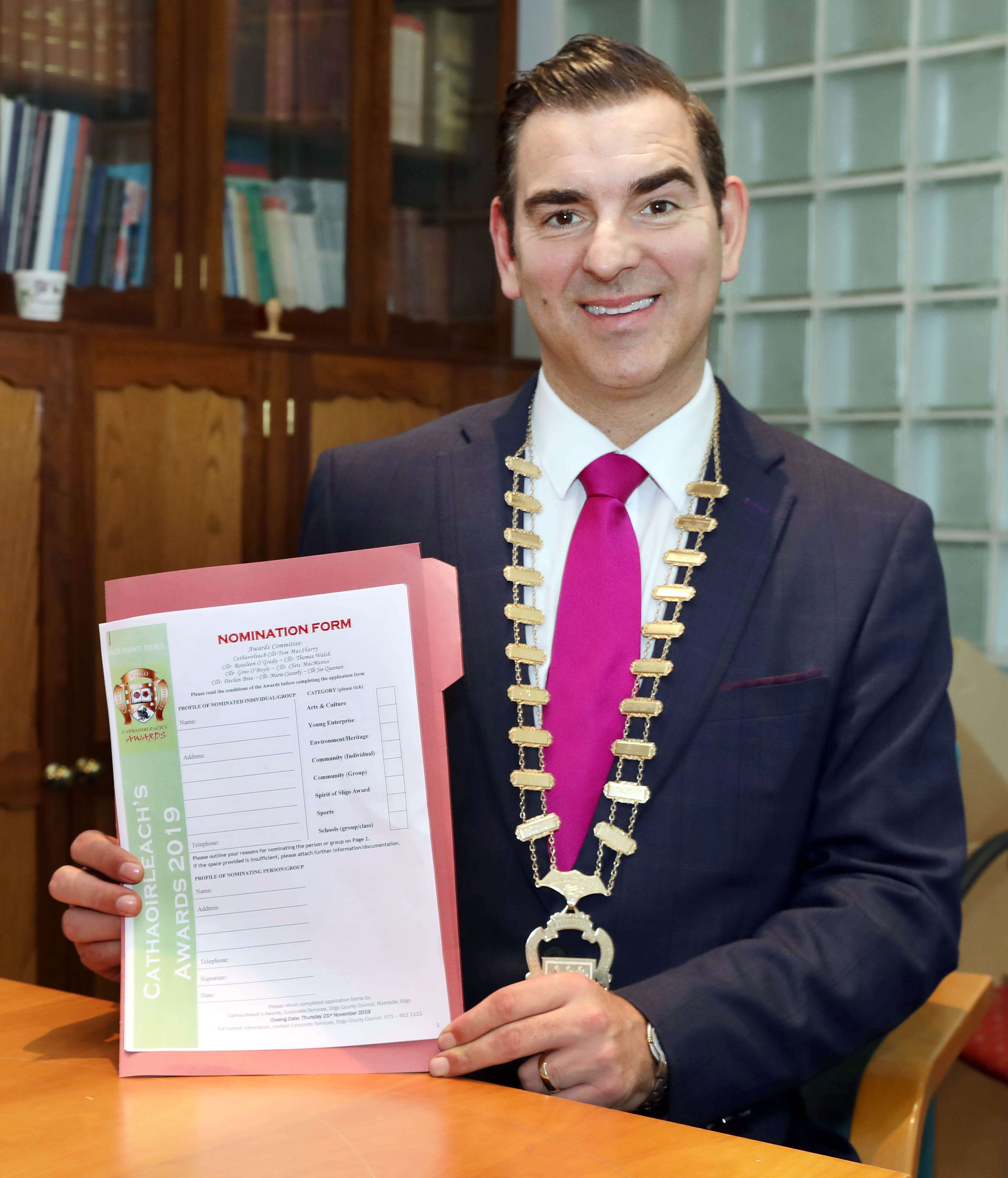 The Cathaoirleach’s Awards 2019 have been launched and nomination forms are now available. The initiative acknowledges the contribution of the many unsung heroes who carry out invaluable voluntary work in our communities.

‘We all know special people who have given special service to their community, and the Awards Scheme provides an opportunity to publicly honour them for their efforts.  The award categories encompass a wide area of voluntary activity, and I am asking people to take the time to submit a nomination form for a person or group they hold in special regard.’

It is encouraging to see so many people giving selflessly of their time and energy for their community, and as a society we should never take this for granted.  It is important that we honour and applaud our many dedicated volunteers.’

The Award categories are:

The category winners will be presented with their awards at a ceremony in County Hall in December.

Nomination forms and details of the scheme are available from:

or can be downloaded from below.

Nomination forms can be emailed to:  corporate@sligococo.ie

The closing date for receipt of nominations is Thursday 21st November 2019.