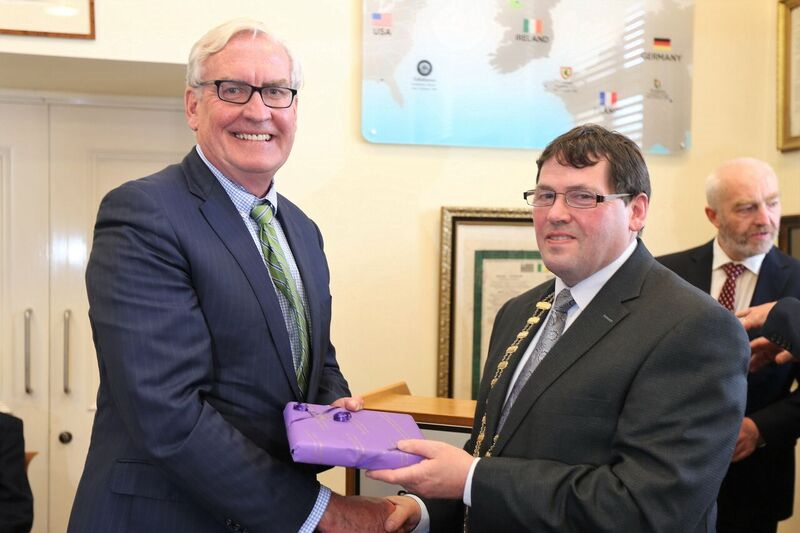 The Canadian Ambassador to Ireland Kevin Vickers attended a reception in his honour in Sligo City Hall on Wednesday hosted by Cathaoirleach Councillor Martin Baker.

The Ambassador was in Sligo to visit the exhibition in Sligo City Hall honouring the Calry native Michael A Hargadon who emigrated to Canada in 1915 and earned fame in his adopted country as a poet, journalist, athlete and author.  The exhibition is one of a series of events organised by the Calry Local History Society.

Following the reception the guests attended the official naming of the ‘Michael A Hargadon’ road in Calry, followed by the unveiling of an historic plaque at the old Hargadon homestead.  Guests at the day’s ceremonies included Michael’s son Brian and other members of the Hargadon family. 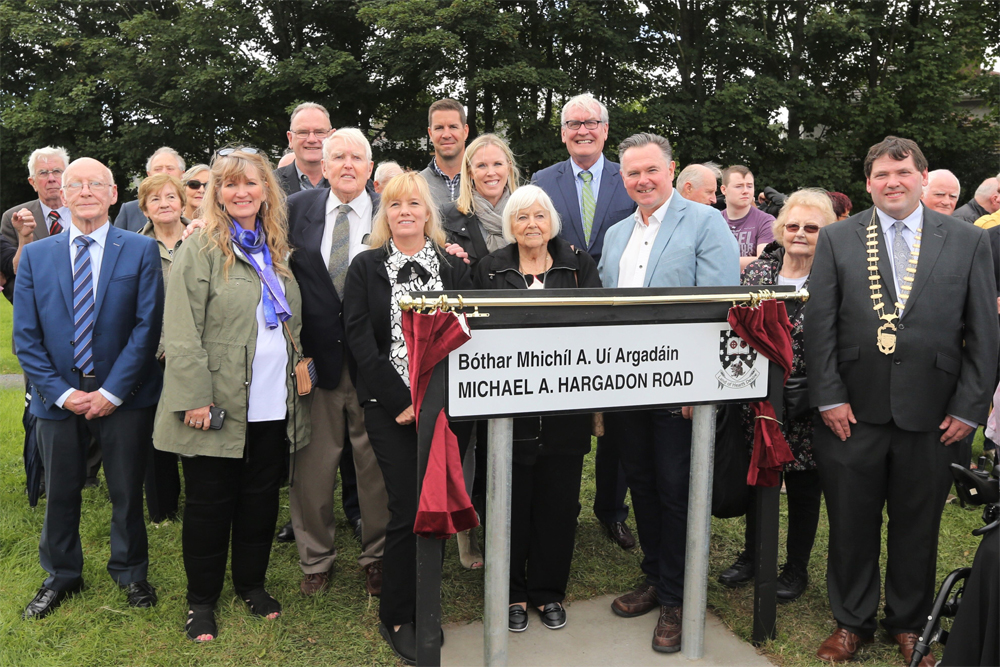 Official naming of the Michael A Hargadon Road

In his address in City Hall, the Cathaoirleach Councillor Baker said it is an honour to welcome Ambassador Vickers to Sligo City Hall, ‘as we recall and celebrate the life of a man who was revered in Ireland and his adopted country of Canada, Michael A Hargadon. 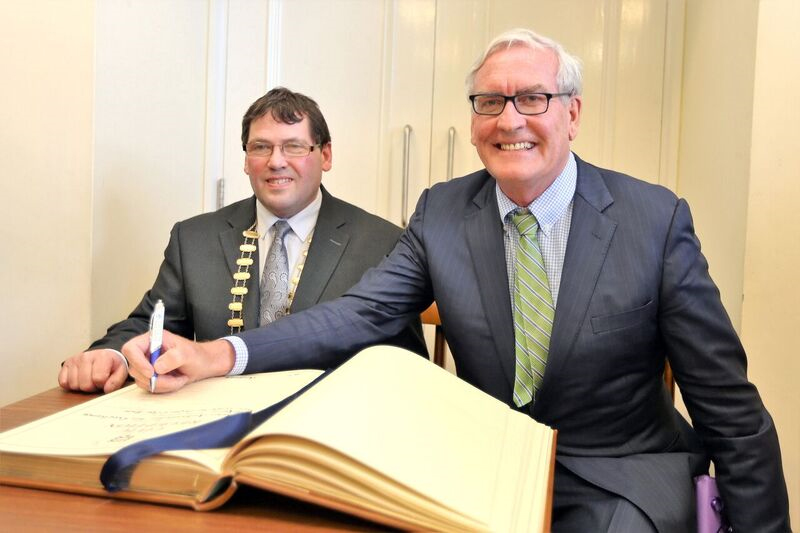 Over the last few years we have developed special ties with the Sligo emigrant community in Canada, and City Hall has welcomed descendants of our forebears to re-trace their steps on the forlorn ‘Famine Trail’ from their homes to Sligo Harbour.  The passage of time should never dilute the important events in our history.  It is only by recalling and honouring the spirit and bravery of individual people that we get a true perspective on the wider historical narrative.

Michael Hargadon’s legacy transcends borders and generations, his message welcomed in his native Calry as strongly as his adopted homeland.  Emigrating to Canada just over 100 years ago, he excelled in a number of different fields, including journalist, athlete, author and poet.  The exhibition hosted by the Calry Local History Society was put together with great care and attention to detail by Gerard Cunningham and his colleagues in the Society.

Michael Hargadon’s life is certainly worthy of this honour, and the people of his native Calry and the wider Sligo community take great pride that one of their own achieved so much in his life-time.  We take particular pride in the fact that he was widely admired for his charity work.’

The Cathaoirleach concluded his address by commending Calry Local History Society on the outstanding exhibition, which will be hosted in City Hall until 26th August. 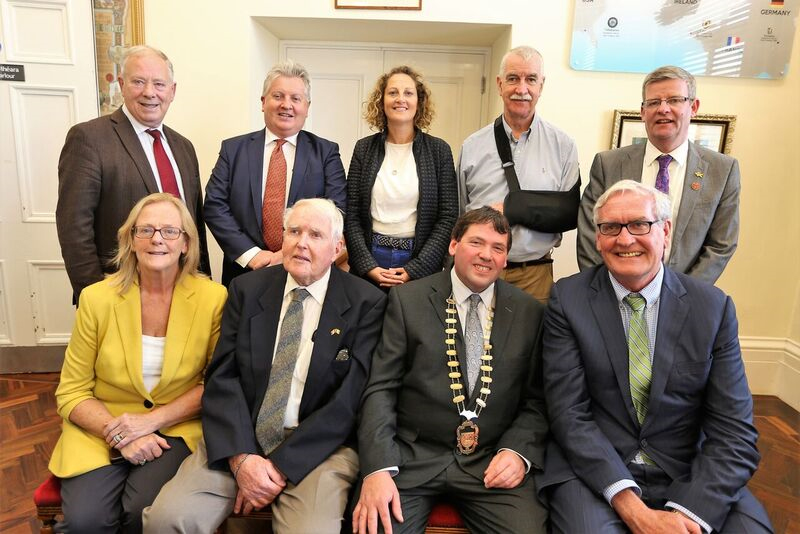