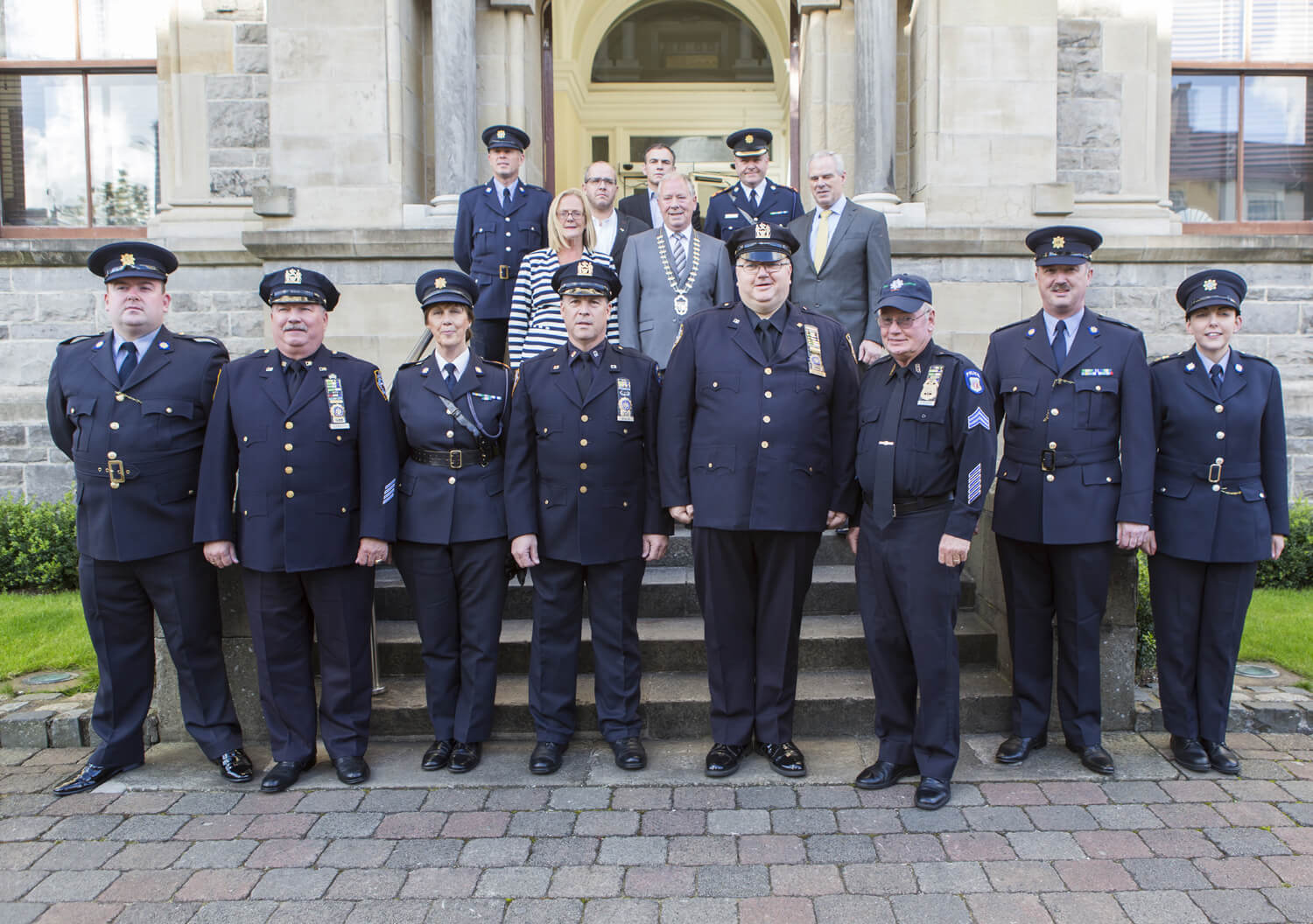 A civic reception was hosted in City Hall on Bank Holiday Monday in honour of the NYPD Emerald Society who were visiting Sligo as guests of the Sligo Leitrim Division of the Garda Síochana.

During the reception, a live link was broadcast from New York to allow Head of Intelligence NYPD Tom Galati to express his best wishes to the group and to convey his best wishes to Chief Superintendent Michael Clancy who is retiring shortly.

‘Hosting a civic reception provides us with the opportunity to give public expression to the regard in which you are held, and over the course of this evening we hope to convey this regard to you, both individually as members, and collectively as a proud Emerald Society.

The history of the Irish –American community embraces many strands, but one universal theme is the sense of pride and place proclaimed by the Irish Diaspora. In previous generations Sligo may have been perceived as a remote outpost on the western periphery of Europe; In your short time with us, you will see a vibrant, dynamic community, enriched by people from other countries and backgrounds. Often it is by exploring new cultures and traditions that you gain a new perspective and appreciation of your own.

This sense of resolute pride in your history, tradition and culture is the hallmark of the New York Police Department Emerald Society, which has the distinction of being the first Emerald Society established in America. And while people may have a general awareness of the Society’s role at the annual St Patrick’s Day celebrations, your significance and remit extend much deeper than that, and you have been a valued and welcoming presence for our Irish community in New York.

In the Society’s own words ‘We remain patriotic and loyal Americans, and we shall always honour our Irish heritage.  It has left an indelible mark in the fabric of our work, and the Emerald Society continues to play an important role in fostering and promoting Irish heritage.’

The fact that your members display bravery and resilience on a daily basis should not instil complacency in the society you serve; Indeed the people of New York have an unwavering pride in their police force, the men and women who wear their courage as seamlessly as their uniform.  The universal regard in which you were held received global recognition in the aftermath of 9/11, when 23 valiant NYPD officers lost their lives. The solidarity and spirit of the people of New York, their protective pride in your members, was never more evident, never more valued.

I will also use this forum to acknowledge the role of your hosts for this visit, the Members of the Sligo-Leitrim Division of our Gardaí.  While the scales and contexts of your service may differ, the qualities that we readily associate with the members of the NYPD are also very much in evidence in our local Gardaí. In common with our distinguished guests, our Gardaí, under the leadership of Chief Superintendent Michael Clancy, serve their community with courage, loyalty and distinction.  In a modern society with changing demographics and many diverse influences, one constant that infuses every sector of our community is universal respect for our Gardaí. Their re-assuring presence has been a gift to this and previous generations.’

‘I want to thank Gerry Moylan, Simeon Whittington and their colleagues on the Organising committee for their exemplary work in coordinating the various elements of this visit. They did so with professionalism and attention to detail that speaks volumes for their respect for their New York colleagues.’ 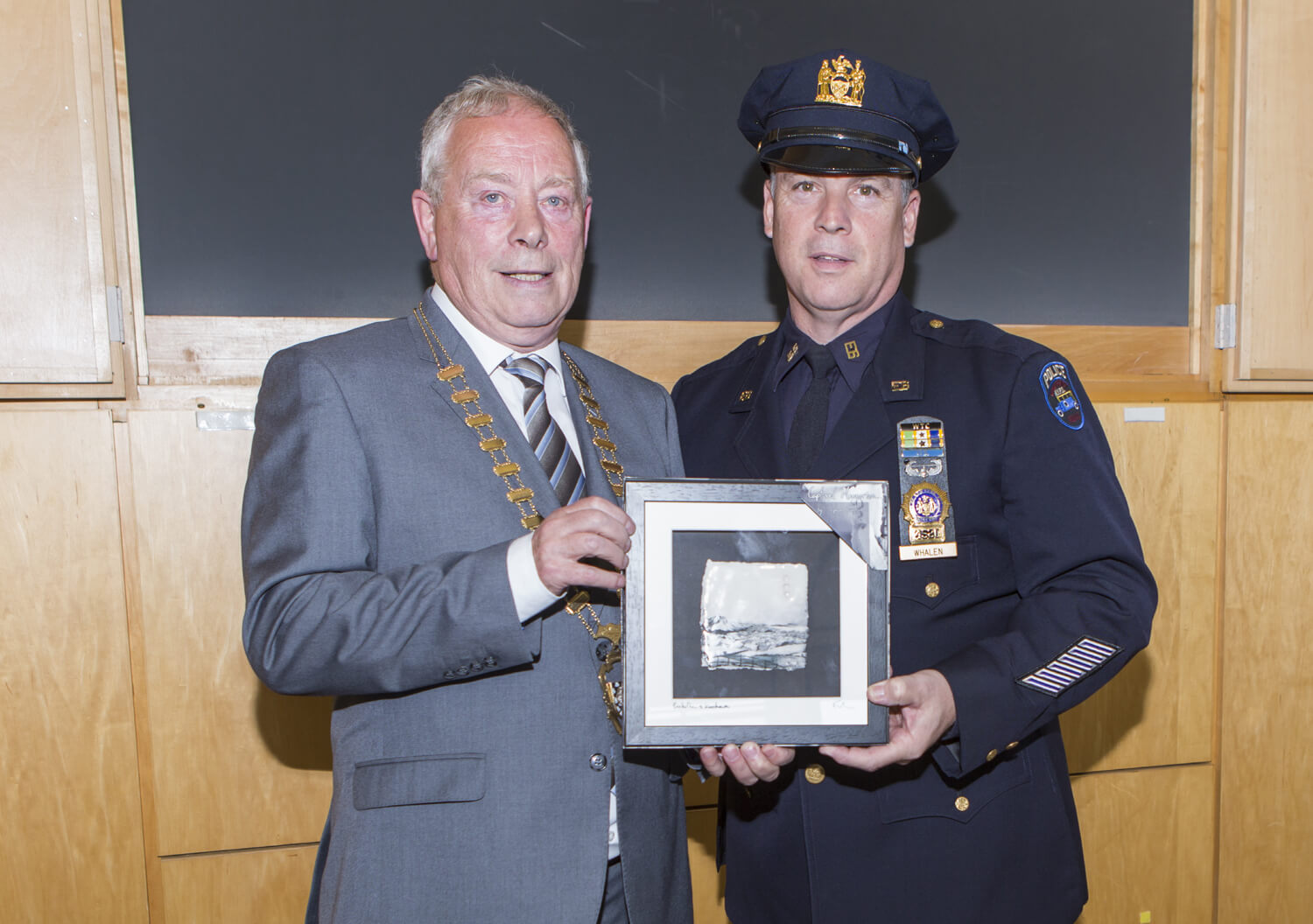 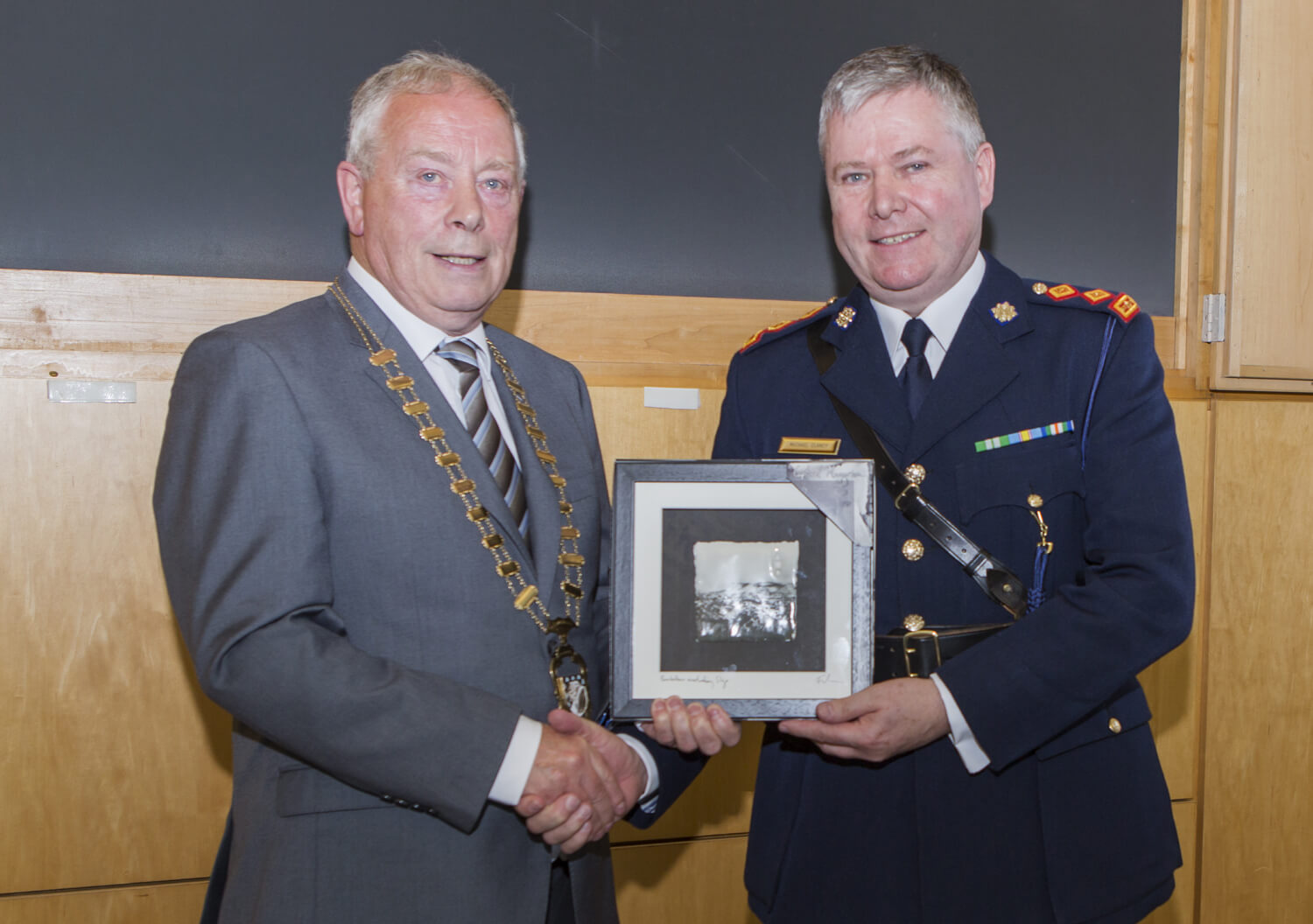 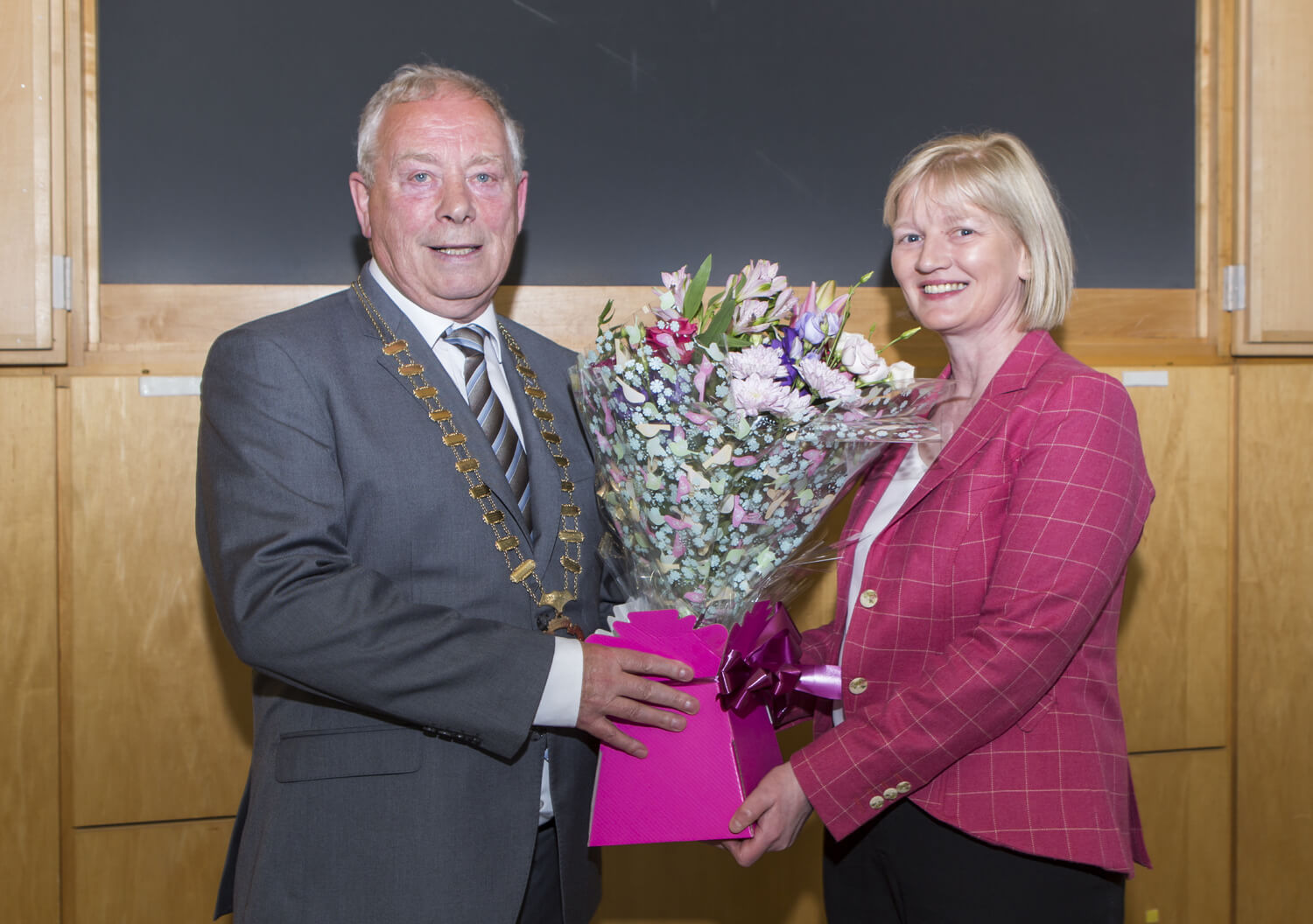 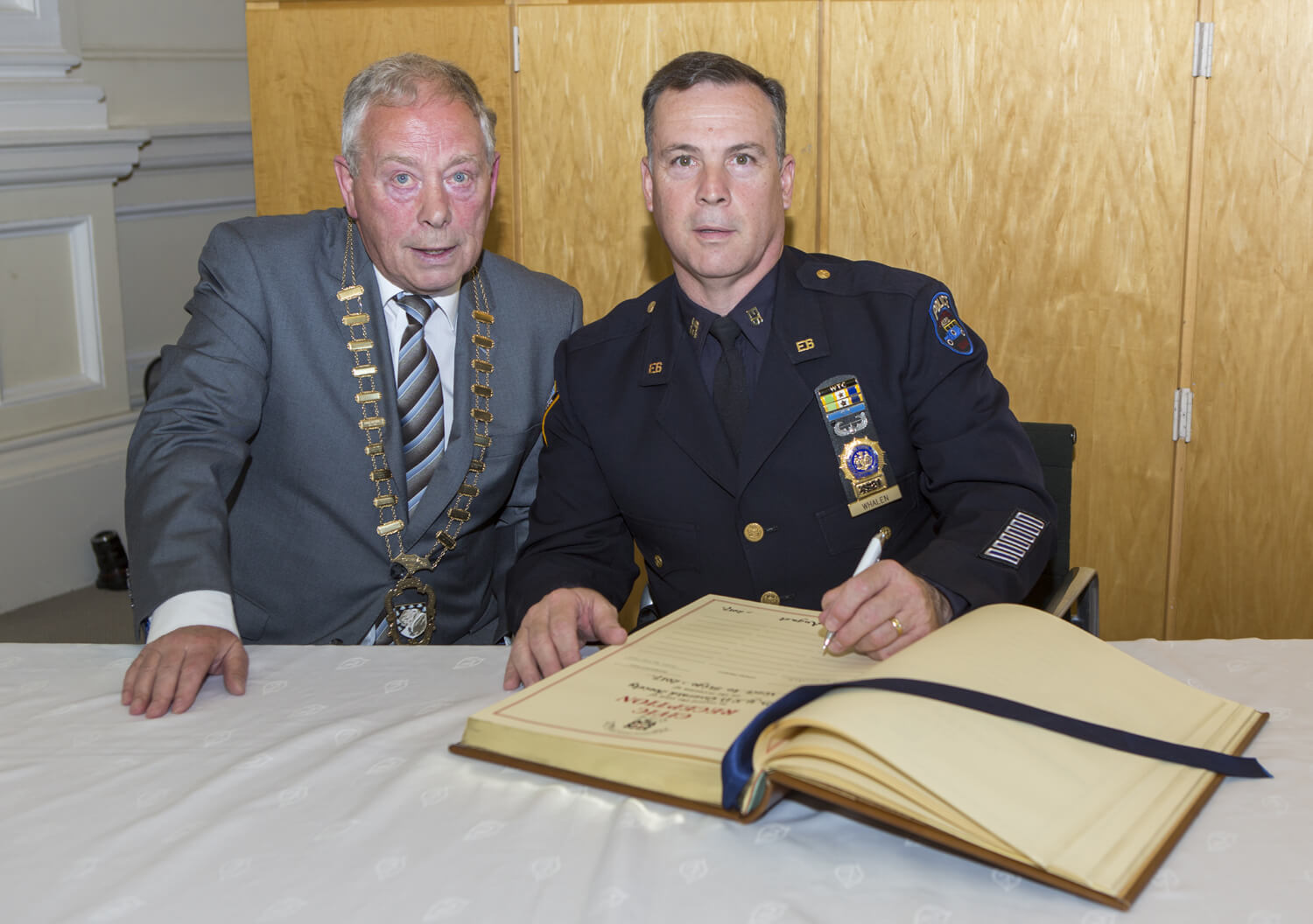 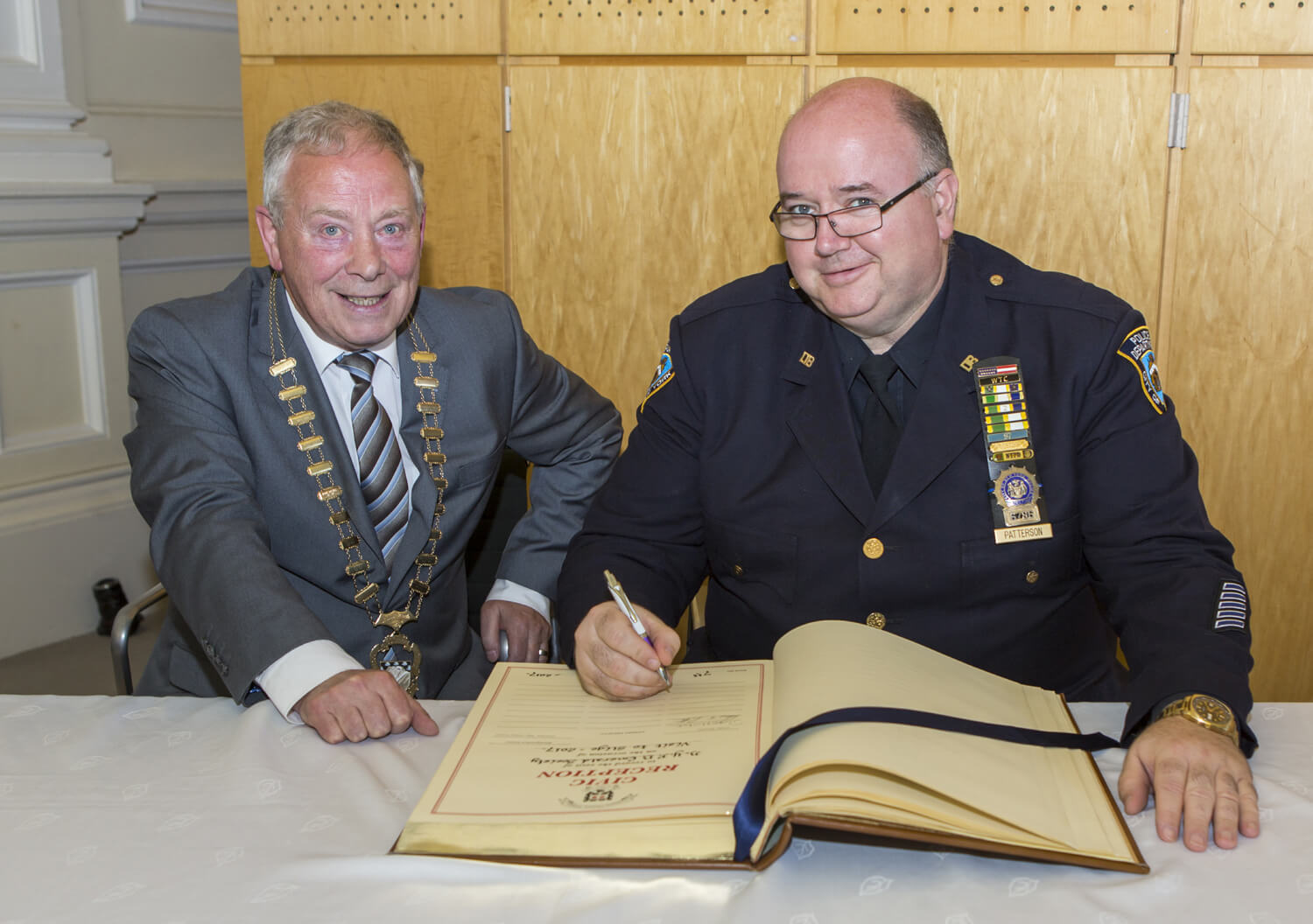 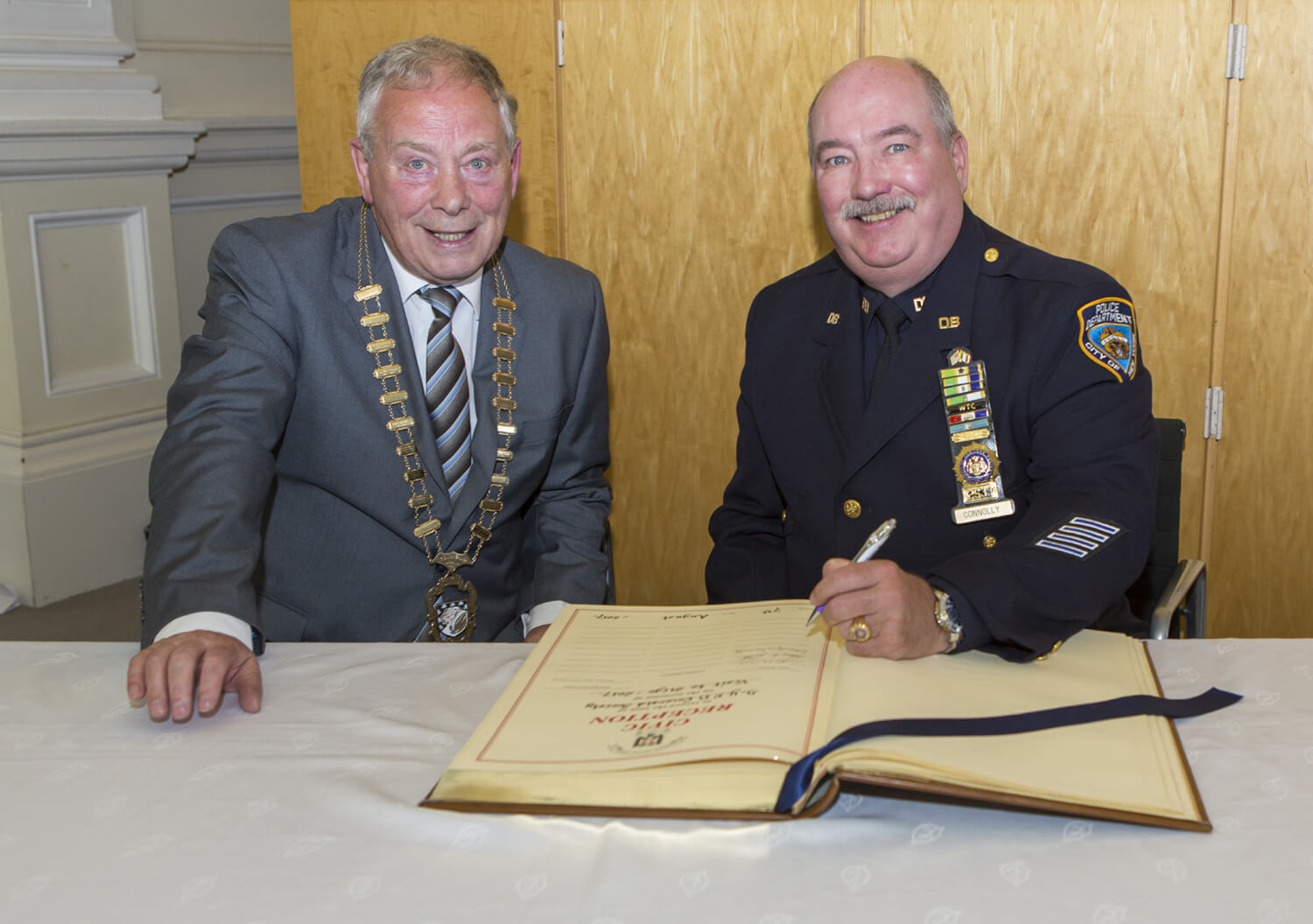 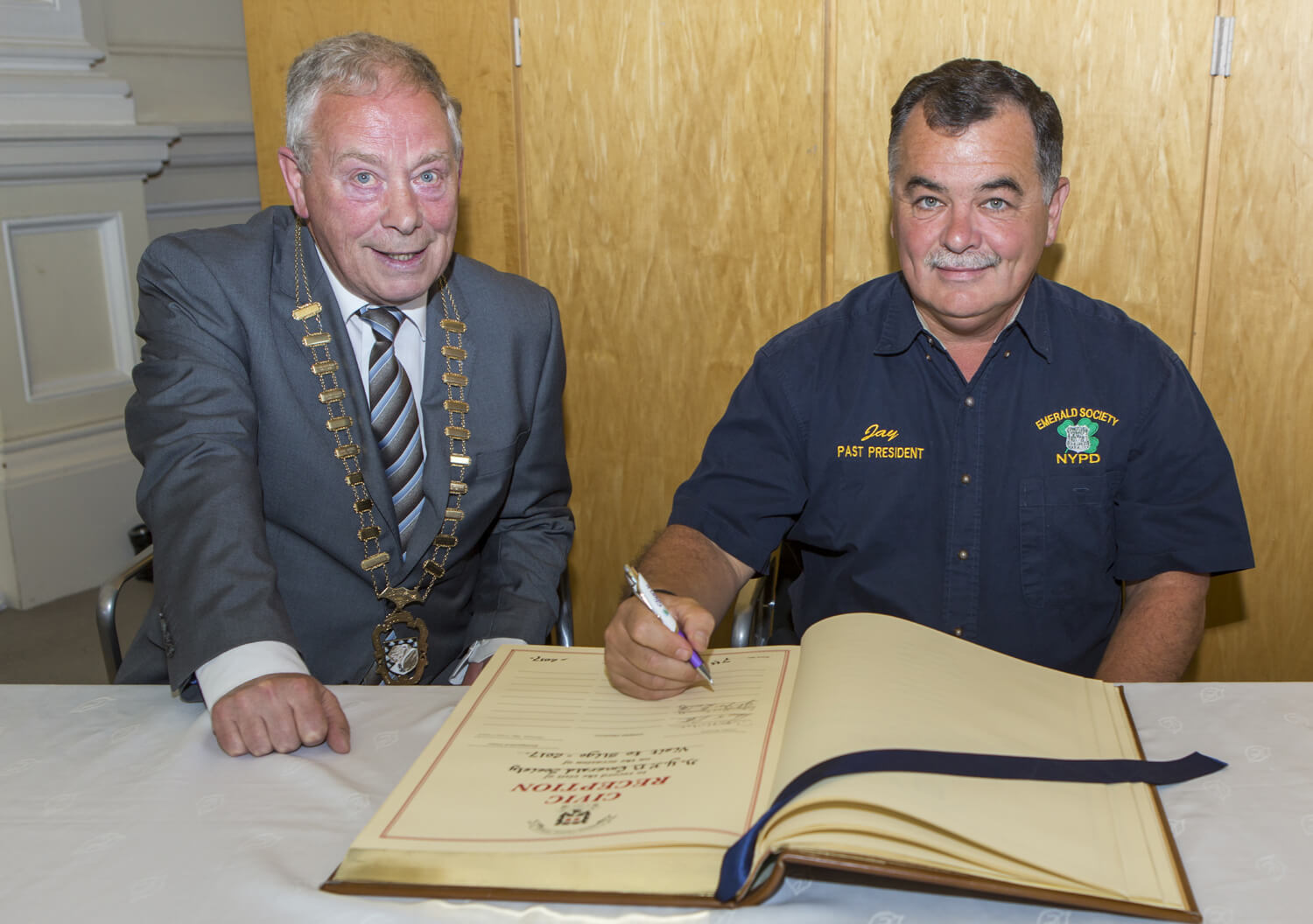 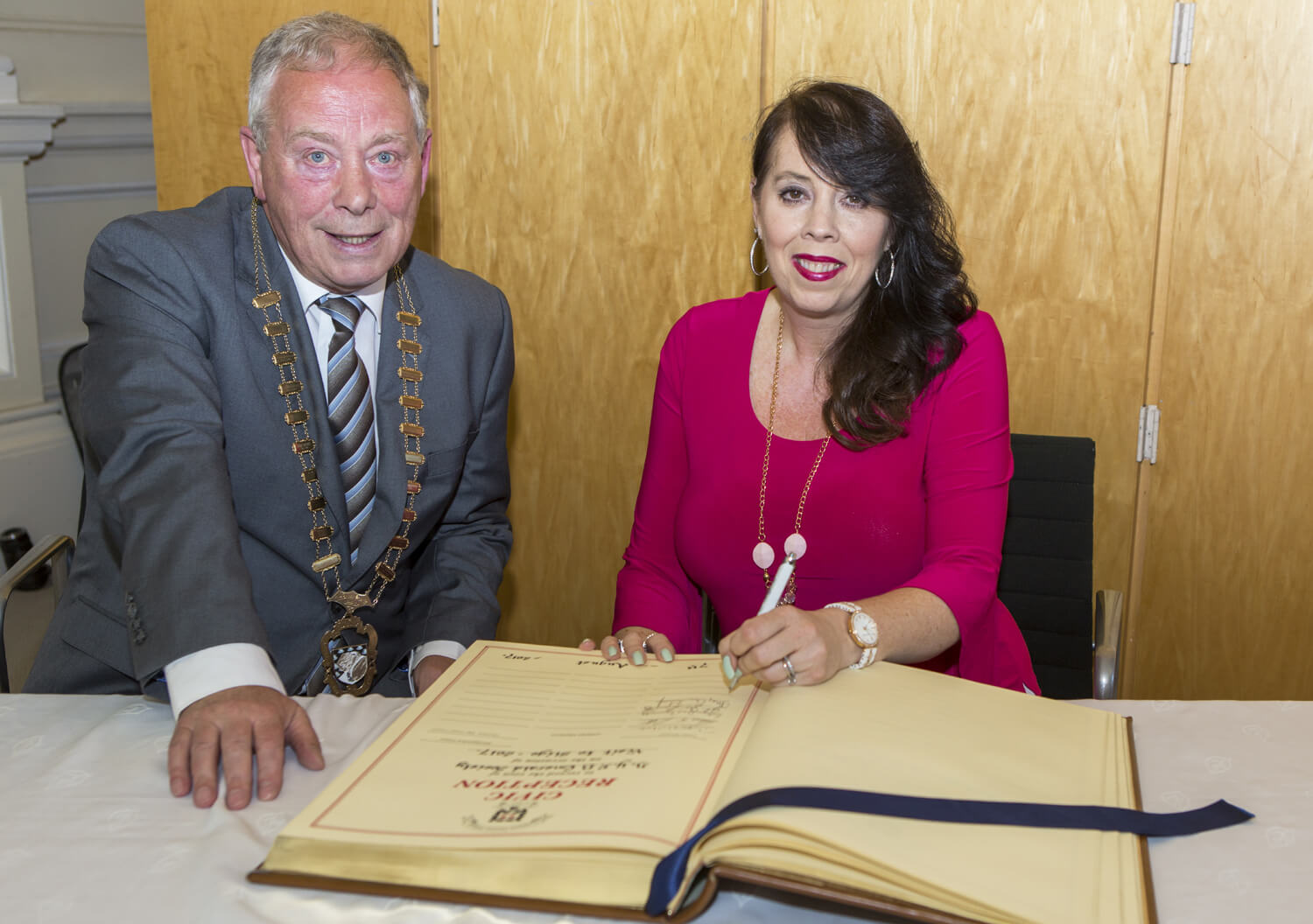