Skip to main content of
Over €9.5 Million Allocated for Sligo’s Roads

Over €9.5 Million Allocated for Sligo’s Roads

Over €9.5 Million Allocated for Sligo’s Roads 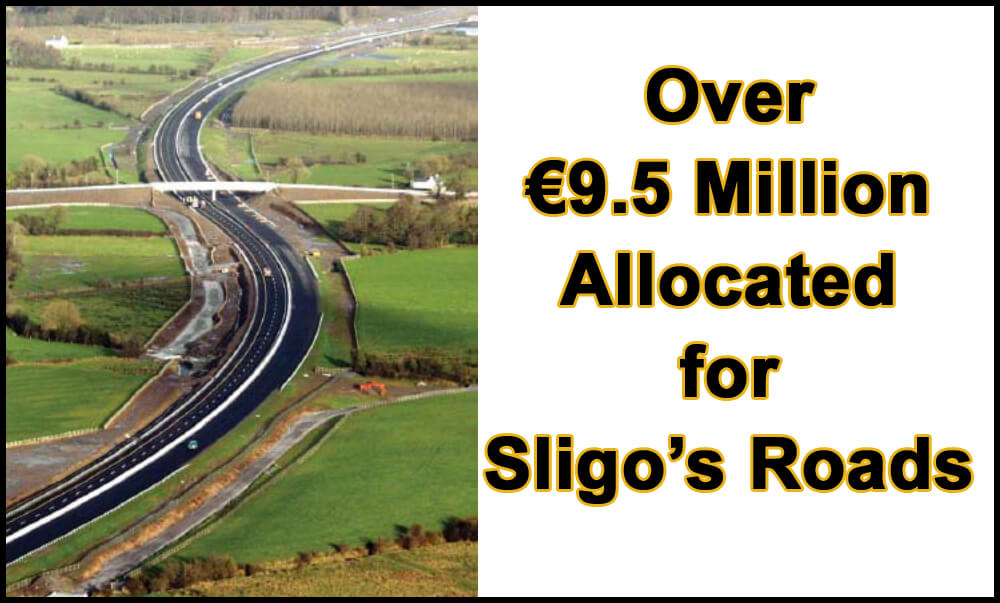 Transport Infrastructure Ireland (TII) has advised Sligo County Council that it has allocated funding of €9,589,739 which will enable the Authority to progress a number of major road schemes in 2017, including:

Sligo County Council has also received an allocation  of €170,000 towards works at a number of locations on the network identified under a review of skid resistance carried out by TII.

The Cathaoirleach of Sligo County Council Councillor Hubert Keaney welcomed the announcement in relation to the funding allocation; ‘This investment will allow us to continue the enhancement of our roads infrastructure, which is hugely significant in the development of Sligo as the key centre of economic growth in the Northwest.’

Tom Kilfeather, Director of Services said that today’s funding allocation confirmed in particular the commitment of TII to see the N4 Scheme progress to a point where contract documents will be finalised in 2017 leaving the Scheme in a position to go to tender late 2017/early 2018 subject to funding being in place for construction. The scheme will cost in the region of €100M to construct and will be the largest single Infrastructure Project ever delivered in Sligo and will take approximately 2 years to complete from commencement date.

The 2017 allocation will allow the Council to carry out the following Advance Works Contracts:

Sligo County Council will be appointing Consultant in Quarter 1 2017  with a view to completing Contract Documents towards end of the year. Land purchase will continue in 2017, along with the progression of the outstanding land Acquisition Agreements.

Following on from the N4 Hughes Bridge Widening Scheme this is the next section being developed commencing at the northern end of the Hughes Bridge Widening Scheme and finishing north of the Rosses Point junction. It will include upgrading the National primary to north of the Rosses Point junction, along with upgrading the Rosses point, Duck Street and Markievicz Road Junctions. The Copper River Bridge will also be upgraded as part of the works.

The N16 in County Sligo is substandard from Sligo City to the Leitrim Border.  Sligo County Council has plans for a major realignment of this road.  However taking into account current funding constraints, Sligo County Council intend to develop a 3km upgrade of the N16 in the vicinity of Lugatober.

This proposed scheme will realign several severe bends on the existing road and will tie-in with future major realignments. A Preferred Route is expected to be selected by late Quarter 1/early Quarter 2 2017.